A Long Island Slave to Rock And Roll Homecoming 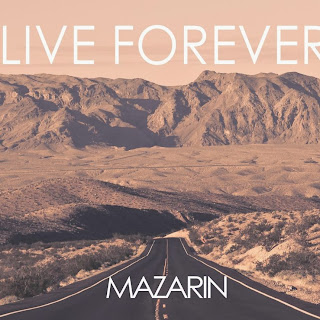 In an era when fewer musical acts have any degree of staying power, it is nearly inconceivable to imagine Long Island’s incomparable Mazarin returning home this weekend not to reunite, but to continue a journey that began nearly four decades ago while simultaneously celebrating the long awaited release of their first album, Live Forever.
“The entire recording process took more than two years to complete,” recounted bass player Scott Duryea who produced the record. “In April of 2011, we laid down the first four rhythm tracks and it was a truly magical feeling. Here we were members of this family we always knew we had, but were only now rediscovering.”
The road to Live Forever began in the 1970’s when brothers Doug and Marc Hochlerin followed a dream like so many others before them and decided to form a band. The title of the record can be taken almost literally as Mazarin seems to be doing just that, having far outlived most of their contemporaries that played the same circuit. 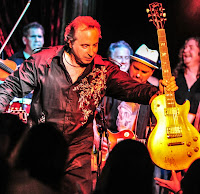 “I wanted every song on the album to be different,” explained Doug, who penned eleven of the fifteen cuts and co-wrote the title track. Covering a broad spectrum of different styles including country, calypso, a traditional Irish folk tune and the straight ahead rock and roll sound the Rockers have long been known for, Live Forever profiles the scope and emotion of the songwriter, who in the mid 1990’s suffered a major blow when he was diagnosed with Multiple Sclerosis.
“He never complained. On nights when he could barely garner the strength, he would get up on that stage and rock the house, treating every show as if it might be the last,” Duryea recalled.
During the 80’s, Mazarin was featured alongside such notables as Twisted Sister and Bon Jovi on three major market FM radio compilation records. They were the only band voted number one by Good Times Magazine for an unprecedented four years running. Legendary producer Roger Nichols (Steely Dan, Crosby Stills & Nash) lent his expertise on a number of Mazarin originals. Recently, their first single, The Only One was cited number one in a Huffington Post article entitled 10 Amazing Pop Songs and Ballads You May Have Missed.

“We touched a lot of lives,” drummer Marc Hochlerin humbly stated. “When you think about how many people supported us in the past and how many are still here today, that means a lot!”
Over the last few years, the band has sold out numerous shows in several venues including New York City’s renowned Supper Club and The Cutting Room, but the debilitating disease began to take hold on its founding member.
“Doug said to me one night, ‘I have all of these great songs I’ve written that nobody has ever heard and that no one will ever hear.’”
That sentiment resonated with Duryea. He reached out to fellow bass player and skilled recording engineer Joey Perez of Broken Arrow; another iconic Long Island band.
“Step by step, Joey painstakingly taught me the recording process. Too many dollars later, I purchased everything I needed to make this happen and then approached Doug. Immediately, he started rattling off the names and histories of these songs he wanted to record.”
Since its release in June, Live Forever has been in regular rotation on radio stations across Long Island and upstate New York.
’This is a band of friends. A band is so much more than just a bunch of musicians standing on a stage playing music,’ Doug once said in a 1983 college radio interview. That fact holds as true today as it did over thirty years ago. The album features far more than just the core of the band. Friends and former members were not enlisted, but rather lined up to appear both on the recording and onstage.
“This is what Mazarin has always been about. The response to the record has been just overwhelming and thanks to the extended Mazarin family, my songs have found a home.”
Mazarin celebrates their Long Island homecoming this Saturday night October 19th at Mulcahy’s of Wantagh. For further information and directions visit www.muls.com or call 516-783-7500. 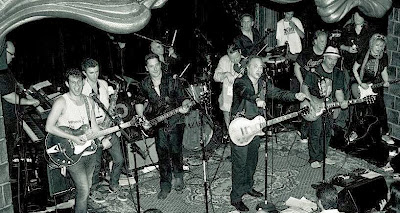 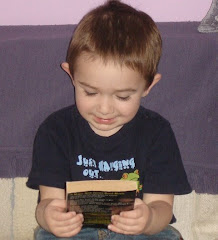